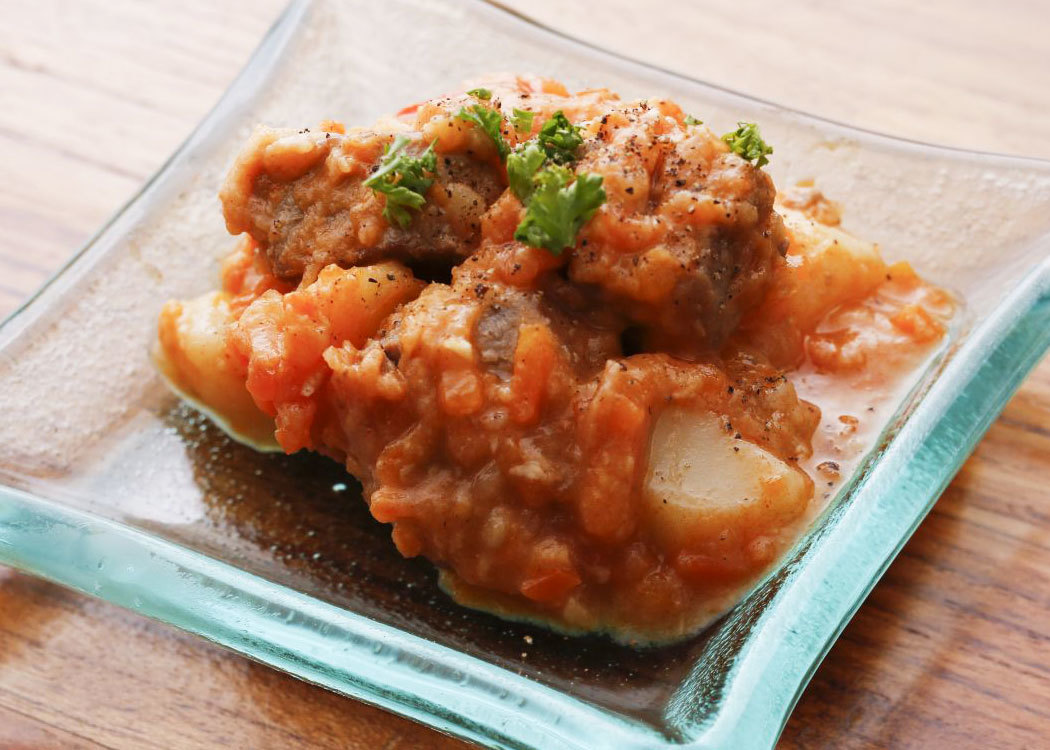 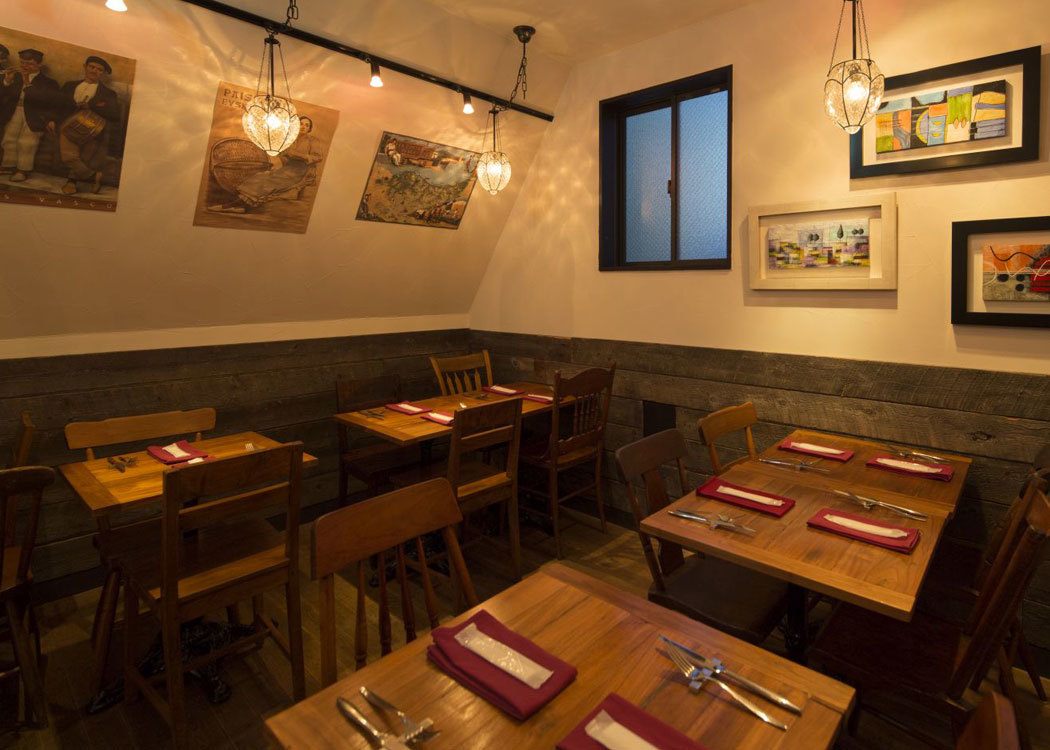 The chef's passion can be felt each night
at this little restaurant
A passion to tell the world
about the wonders of Basque Food Culture. 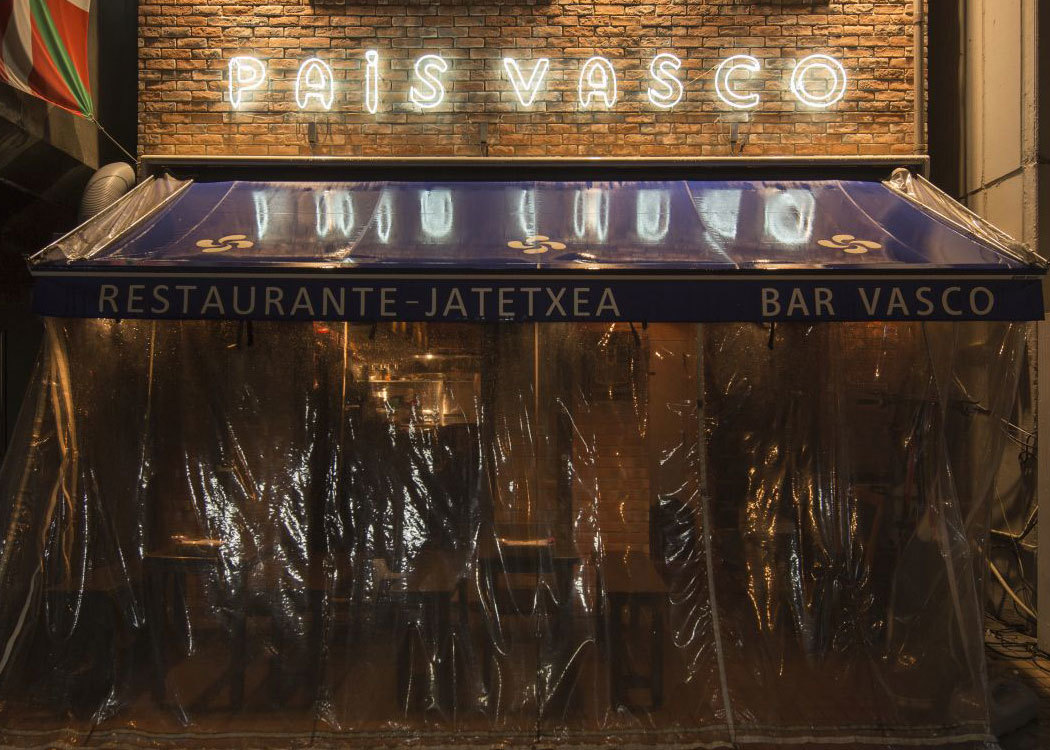 Basque cuisine has captured the attention of the entire culinary world.

Chef Tomohisa Yamada trained in a three-star restaurant in Basque country and brings all of his skills to bear here at Pais Vasco, where he offers both genuine traditional Basque cooking alongside more modern, evolved Basque cuisine.

Pais Vasco has a relaxed, bar-like atmosphere but one simply has to open the menu to glimpse Pais Vasco's hidden depths. 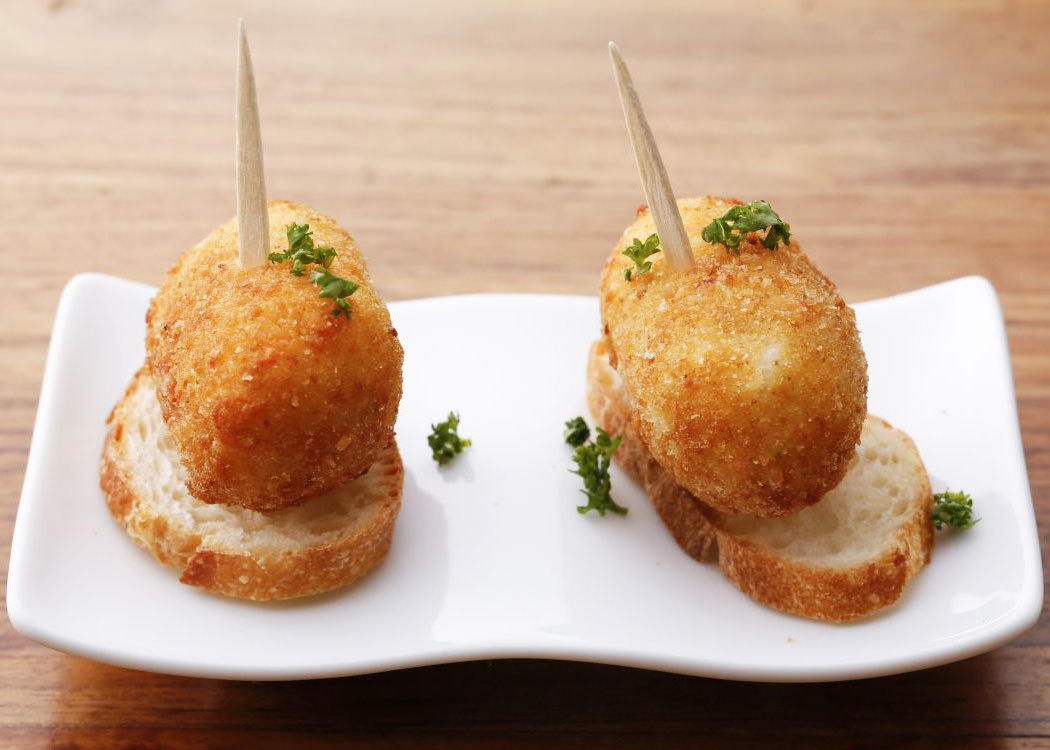 That menu features around 90 dishes, and when diners order Basque staples like Bacalao Crocchetta, they get an authentic taste of that tradition.

In contrast, the recipe for the chef's speciality dish of foie gras conger with fruit mille feuille is an important one - he inherited it from the three-star Basque restaurant where he trained.

Yamada brings together traditional and modern cooking to give people a glimpse of Basque food culture - an experience that is still rare in Japan. 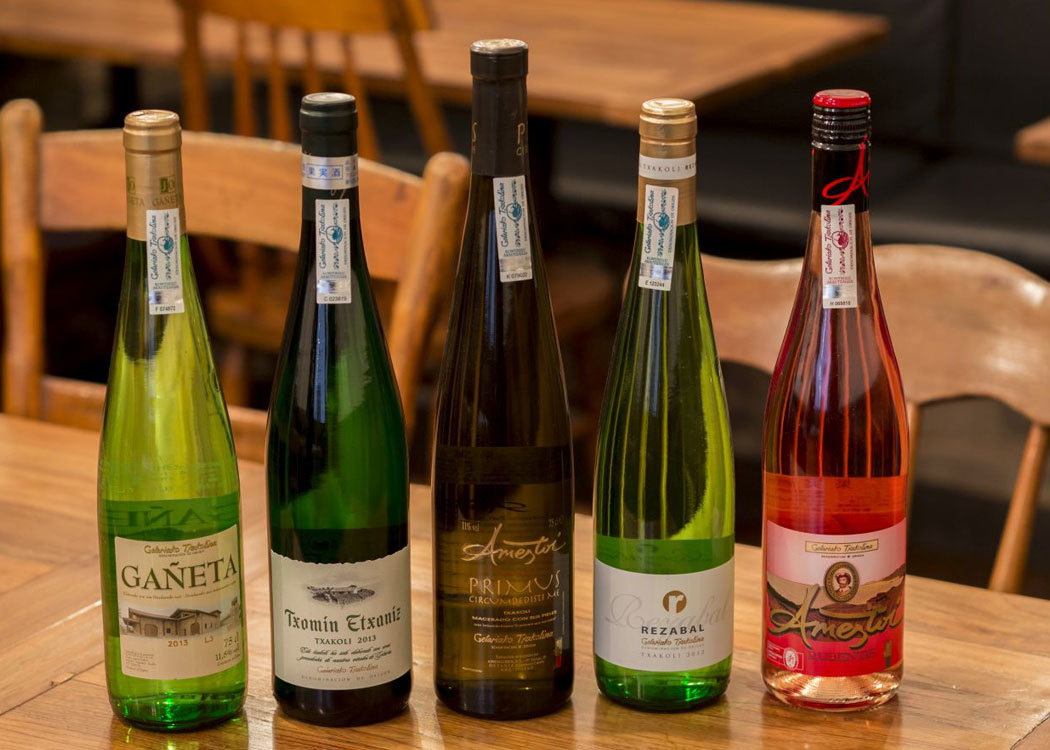 Txakoli is a softly sparkling wine that is absolutely indispensable to the Basque dining experience. Servers put on a great performance when they pour the wine from a height to introduce air into the liquid.

Pais Vasco has a total of nine types of txakoli on hand. With a low alcohol content, txakoli is easy to drink and complements the delicate and airy flavours of Basque cuisine very well. 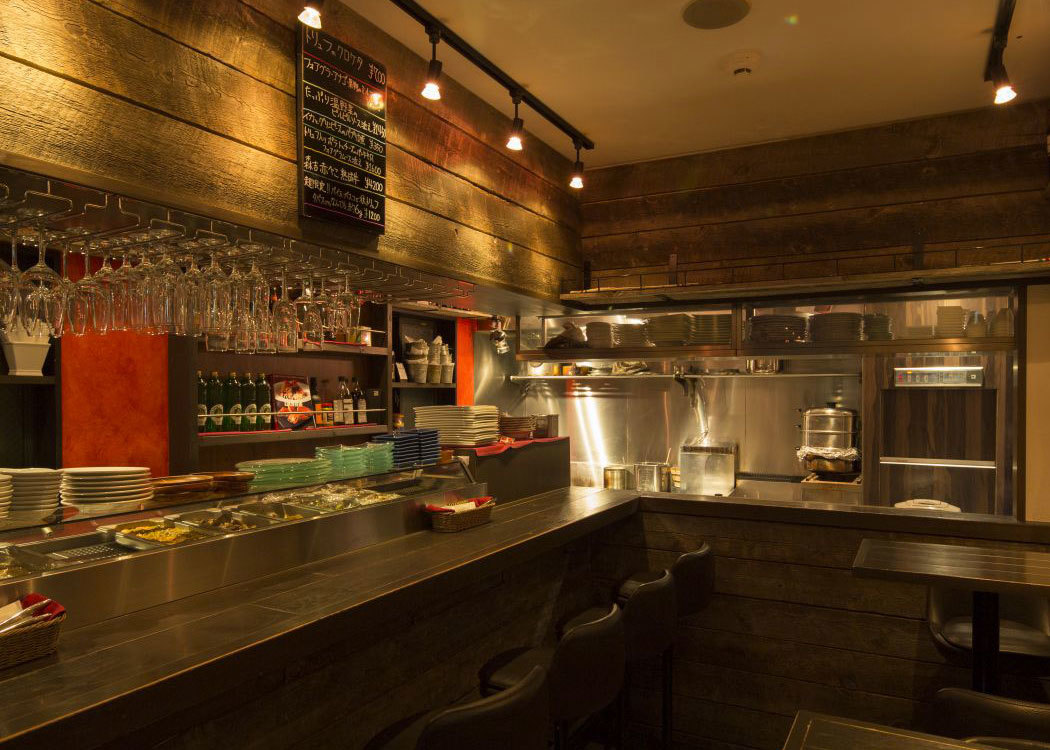 The first floor features an open kitchen and counter bar where visits can stop by even for a single drink. Portions are small, so even someone dining alone can enjoy a variety of different dishes.

Diners looking for a proper dinner are recommended to take a table on the second or third floor, both of which are decorated in Spanish art. The compact space is popular for private parties as well.

This stand-alone restaurant in the back-alleys of Ginza recreates the lively evenings of Basque country. 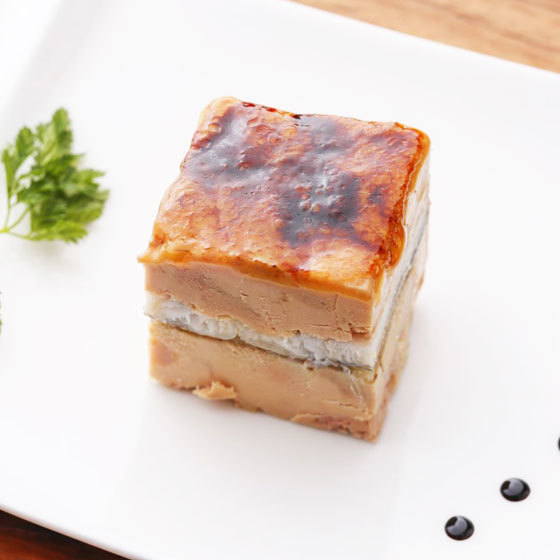 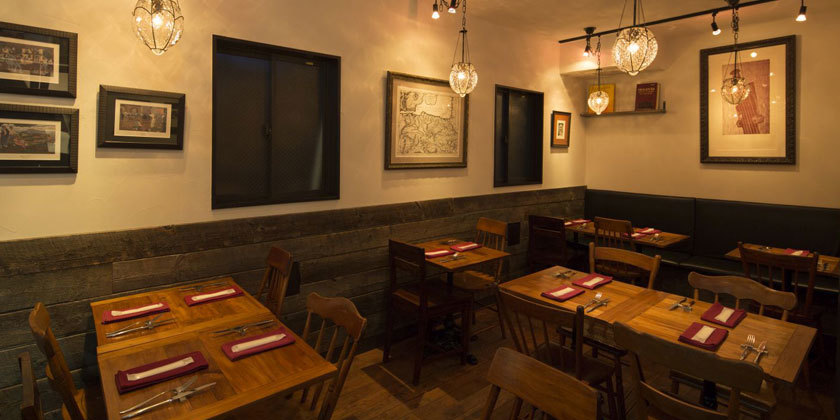 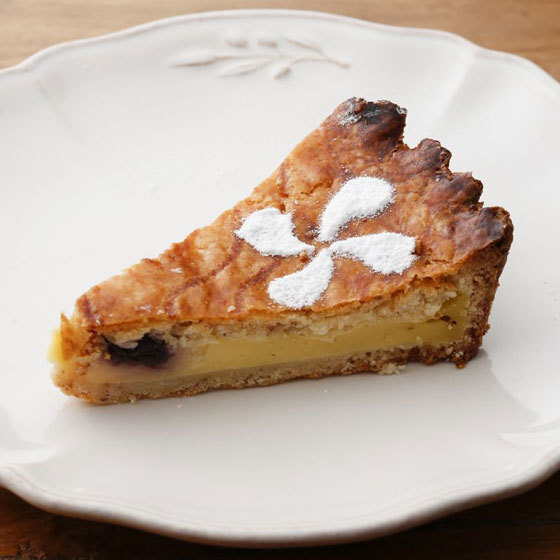 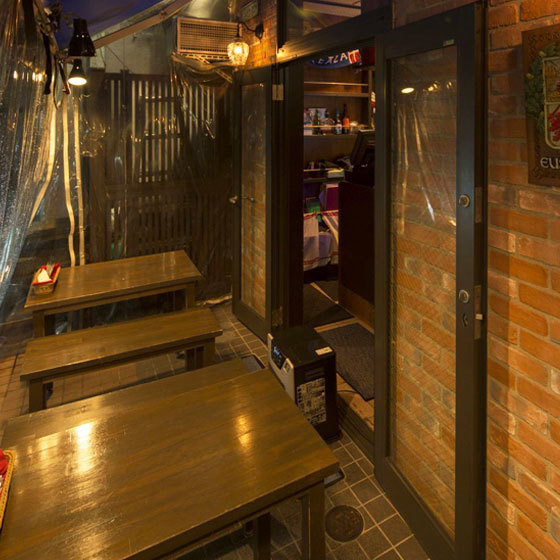 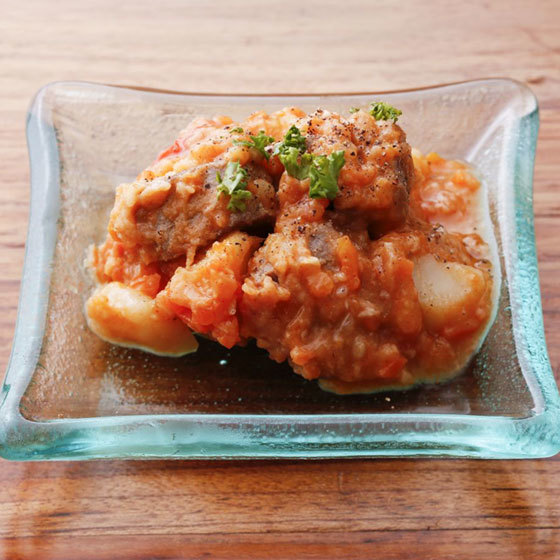 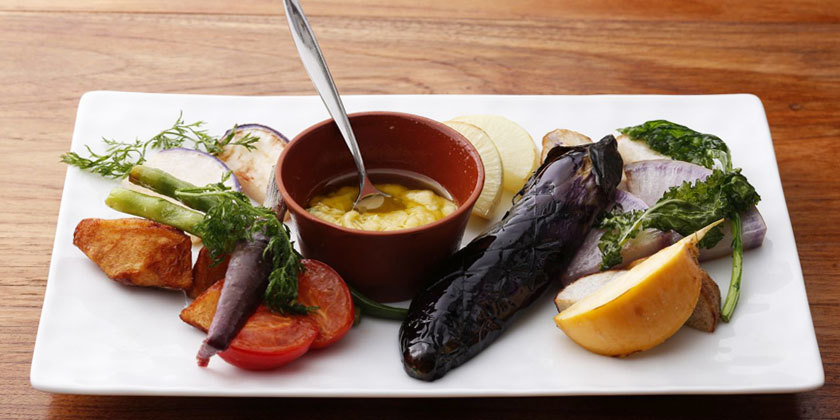 Born July 5, 1964, Tokyo. Blood TypeO.
Started at 16 in the family's ramen restaurant in his home neighbourhood of Akasaka. Worked in Roppongi French restaurant A Tanteand Italian restaurants throughout the city, and after becoming fascinated with Italian food, football, opera and F1 racing, he moved to Europe in 1996.

He studied for five years in Italy and one in Spain, and trained at a number of restaurants in Basque country, including three-star Restaurante Martin Berasategui. Worked as a head chef in Korea, spending three years training other cooks in the art. After many years nurturing the dream of opening his own Basque cuisine restaurant, became chef at Pais Vasco in September, 2009. 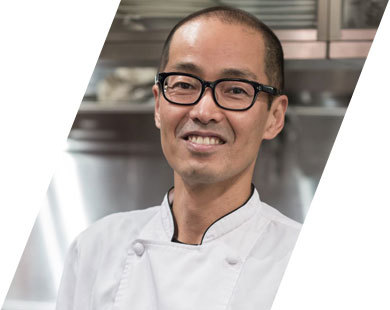 What made you want to become a chef?
My family runs a ramen restaurant in Akasaka, so I've known I'd do something in the food business since I was young. I started working at the family shop at 16, and then thought I wanted to see what other industries were like so I worked at Italian restaurants and some others.

That was when I fell in love with Italy, and I decided to go there to learn about Italian cuisine in its homeland.

What do you want to communicate to people with your cooking?
When I was training in Spain's Basque country, I was surprised by the sheer depth of Basque food culture.

The Japanese image of Spanish food only really includes dishes like ajillo and paella, but Spain (i.e. the Basque region) has a lot of great traditional cuisine. I want to introduce those dishes to Japan.

What tastes do you remember from childhood?
My family's ramen. My parents both worked and they were always busy, so it felt like we ate ramen every day.
Even now I still want to eat it sometimes.